It was in 1943 that a young twenty three year old Walter A. Frey came to Lorain, Ohio with his parents, Molly and Armin Frey. They discovered a city which was diversified and blessed with an abundance of industry. The community was welcoming to this industrious, compassionate funeral director and embalmer who had a passion to serve the needs of those whose loved ones passed away.

As a small child, Mr. Frey had dreamed of being a funeral director. He implored his parents to take him to funerals of his family and friends. It was this wonder of the business that led to Mr. Frey’s education and licensing as a funeral director and embalmer. He had done his apprenticeship in the Brown-Forward Funeral Home in Shaker Heights which did services for some of Cleveland’s leading industrialists. The funeral home would arrange the services in tremendous mansions where the Cleveland Orchestra could play for the funerals. It was this background which led Mr. Frey to establish the most outstanding funeral home of its time.

The location of the Walter A. Frey Funeral Home was the site of one if the first funeral parlors in the Ohio territory. The structure to the east of the existing funeral home was the Parkside Chapel which was one of the first actual homes for funerals. Services at that time were usually conducted in the deceaseds’ homes. The edifice at 700 West Erie Avenue which was built in 1879 was the funeral director’s personal residence. The property to the west of the residence was the gardens with the stables to the rear.

Mr. Frey purchased the home and remodeled it to become his funeral home. With love and a high degree of professionalism, Mr. Frey diligently strived to make his funeral home one which would positively touch those whom he served. The love and tenderness which was extended to those served by Mr. Frey in his early years has been omnipresent for the past seventy five years. The loved ones have always returned to the Walter A. Frey Funeral Home where they experienced a highly professional tender service.

Mr. Frey met his future wife, the former Helen Marie Super at a funeral which he conducted for her uncle. She had trepidation for funerals and had not considered a future with Mr. Frey. After Mr. Frey had pursued her, he convinced her to come back from Hollywood, California where she had been offered a contract with Music Corporation of America. They married in 1949.

Mrs. Frey did the hairdressing and make up in the funeral home. They established themselves as the most outstanding professionals in their field. It was this desire for perfection and passion to serve the greater Lorain area which has made it possible to be a vital part of this community for the past seventy five years.

Their son, Walter A. Frey, Jr. who graduated from the Pittsburgh Institute of Mortuary Science became a licensed funeral director and embalmer in 1974.

In 2019, Lorain’s Morning Journal newspaper indicated the funeral home property, located at 700 West Erie Ave., was to be sold to the city of Lorain. As indicated by Walter A. Frey, Jr., the business would continue to serve the community and all prearranged funeral and cremation services would be honored. Additionally, at that time funeral director, Gregory P. Godorhazy who assisted the Frey family in their operation assumed ownership and continued their high standard of service.

It is this high degree of dedication to the funeral profession that has allowed the Walter A. Frey Funeral Home to serve the greater Lorain community for all of these years. With love for those they serve, the family has dedicated themselves to the needs of those who have lost their loved ones. They are immensely pleased to be blessed to be a part of the Lorain community. God has been very gracious to the Walter A. Frey Funeral Home. 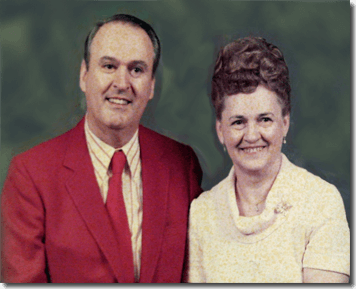